by Kim Kim
The Majestic!
A long time ago a kind-hearted and powerful wizard noticed that he was living on borrowed time, his eyesight was no longer the same, looked tired and had no one to trust anymore…
He finally decided that his time had come, he tried to delay it but, it was inevitable.
When powerful wizards, like Mehkesh, felt that their life were close to the end, it was needed to channel their full energy into some object and hide it in a safe place in order to avoid it to end up in wrong hands.
That way Mehkesh created a shield and named it Majestic.

He channeled all of his power into it.

And hanged the shield on a pyramid in Ankrahmun.

by coronel
The famous Majestic Shield

Legends say that this powerful shield once belonged to a legendary warrior called Turok, who in his journey around the lands of Tibia faced the most terrifying creatures ever created.
The shield was forged in the depths of the Goroma Volcano by the incredible wizard Ferumbras, and it was given to Turok as a gift for his bravery after completing the tasks the sorcerer gave him. The brave warrior faced the challenges without questioning them – he faced the Pits of Inferno, killed the frightful Lord of the Elements and he also defeated all of the Inquisition bosses.
After a long time doing all the quests given by the wizard, the knight found out that Ferumbras's purpose was to take control over the whole Tibian land and spread horror with his evil servants through it.
Turok sought help in order to prevent the magician's plan and gathered the most courageous men and women of Tibia. But when the sorcerer discovered that, he began to put his plan into practice and brought back the most frightening creatures to fight the warrior and his party in a battle that reached distant places like the deserts of Ankrahmun and Darashia.
And the incredible Majestic Shield, no one else have seen it again. Some say the sorcerer ; others say it was stolen by the Nomads and Bandits troops and then sold to the Thaian King. But whatever happened to the shield does not erase the legend about it

by Sir Dzidek
@coronel
Your story is definitely too long! It contains 955 words! If you had read the rules, you should know that story may contain max 250 words! I'm afraid if you won't make it shorter, you will be disqualified

I've checked and I guess my story fits the rules about how many words, but please could you check and tell me if it's ok, so I could edit in time :b thanks in advance.

I've checked and I guess my story fits the rules about how many words, but please could you check and tell me if it's ok, so I could edit in time :b thanks in advance.

by Sir Dzidek
@Knight Brasil
story is also too long

@Baileysoulyour
Same as above, too long story

@all
If you are not sure, you can check your stories if it's enough at - http://www.wordcounter.net/

by addeadde
Once upon a time there were a big war going on, We were about to loose the war.
Some people quited, some people joined the enemies. The leader was gatheing all people to talk to them about what is going to happen, and there we all sat, waited for him.
He came running and yelled "ONE GUY IS ATTACKING ME, LET'S GO!" And we followed him, then we went downstairs a sewers where the enemy went. 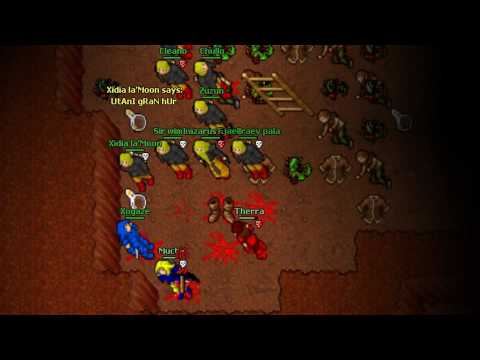 There were some stairs and the leader said "Wait, It's a trap!" Then there came some enemies up and started UE us, many of us died the leader and 2 other survived. 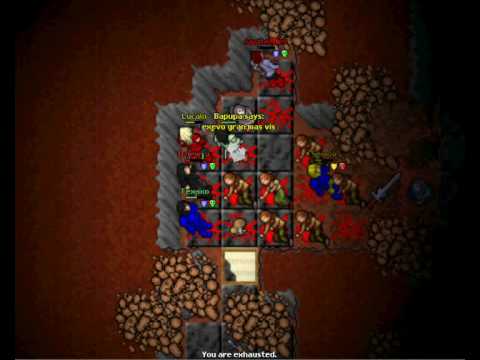 They all ran different ways, the leader ran and he end up in thais, so he ran to the king because he did'nt have much hp left and he was burning, so he ran to the king and said "Hi, Heal, Yes" and the King said to him, "You are just the guy i have been looking for, a brave fighter that can fight even if you are losing, you are the kind of guy is suppose to own my Majestic Shield." *Passes the shield to the leader Lucano*

The leader Lucano came back to depot and he writes to everyone of us.
"The king just passed me the Majestic shield for being a brave fighter. Guy's get some sleep, we have some war to do tomorow."

**1 Year later Lucano and his team won the war, All because of the shield**

by Reni
Were dark times for the Tibians

As these did not feel confident with the steel pieces called shields, had magical creatures in the world capable of destroying everything in its path, This had exhausted to the Tibians and with a low morale.

All the web-fan had to their best inventors hasty, because if did not obtained the combination of "magic" and "steel" in a single element that outside symbol of strength, security, something that was of such majesty would be the end.
Then in one of the inventors that nobody thought, there is a brilliant idea. why? Since this was not the web-fan most well-known between the tibianos.. your name? "Guildstats". Were underestimateds

Sounded by long nights, the steel and magical explosions in his laboratory.. One night you hear a cry. "YEEEES I MADE IT"

The rumor spread through tibia. .Warriors and even kings were eager see those rumours...
A night where all were gathered, a light blind that eyes coming from the room, mouths and eyes were open the amazement of that shield with flashes of magic he was in his hands, he shouted "I have here the salvation and the symbol that only will save to its bearer"...
Knights, collectors, kings and many offer by the piece, but he inventor said "The bearer of the Majestic shield will be the winner of the contest "guildstats"..

by Reni
@Sir Dzidek
Hi I have another question, in my case I have illustrated letters in the image so that you can understand, these dialogues are already exposed in history, will be problem?