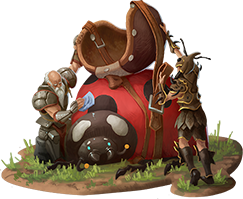 With today's server save, the following fixes and changes have been implemented:

-The session time in the party hunt analyser now updates more consistenly.
-The bestiary tracker has been adjusted which may result in improved performance.
-A bug which has prevented some players from progressing in the third mission of the quest "The New Frontier" has been fixed.
-The graphics of non-player red and green beds have been fixed.
-The quest "Drain the Brain" can no longer be reset when talking to Para Norbert.
-Rift and void carpets placed inside a home in front of the door can no longer be taken by strangers.
-Players staying in one of the boss rooms of the warzones 4-6 after a fight will now be transported to Gnomus instead of back into the warzone.

Moreover, the price for prey creatures rerolls has been reduced to 150 gp per level.